The Harry Potter movie premier started with a little mixer at the Red Coconut Club in Universal Citywalk.  Drinks were flowing, food being served, and lots of good conversation about what to expect from the last movie.  We talked about how the first part of the last Harry Potter movie was pretty slow, but so was the book in the first half.  This last half of the story should really pick up!

We entered the Universal Cineplex down a real red carpet walk and into the theater.  Inside, candy, popcorn, and drinks awaited the throngs of Harry Potter fans, Universal employees, and guests.  Harry Potter posters and cardboard stand-ups littered the theater lobby.  Then, we were handed our 3D glasses.  They were Harry Potter’s glasses!! 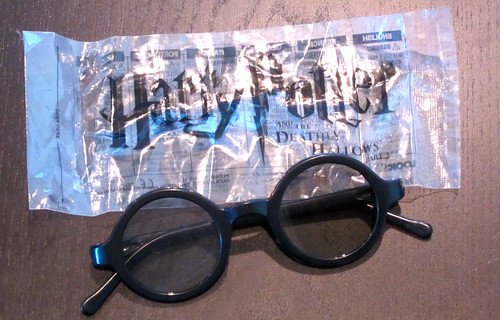 Now, it was time to start the show!

Let me start by saying the I HATE 3D movies.  They give me a headache and add little to no value to a film.  In the case of this movie, I would disagree with that last statement.  I think the 3D was very well done and didn’t affect me, at all.  Now, on to the good stuff… 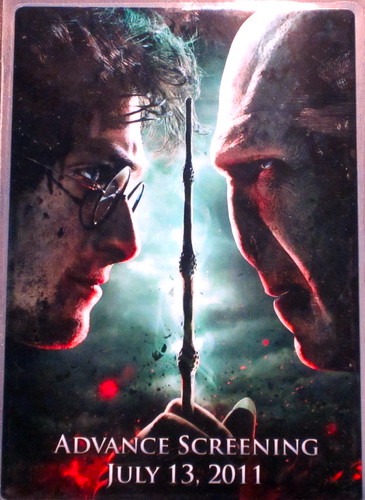 The movie opens with the last scene from the first half of the last Harry Potter movie…Voldemort opening Dumbledore’s grave and taking the Elder wand.  Then, you zoom slowly into Hogwarts with Death Eaters surrounding the school.  IT WAS AMAZING!!  This scene gave me chills and I sat forward in the chair!

Beyond this opening scene, the movie just kept going with great scene after great scene.  I can’t wait to go see it, again!  Action, emotion, everything coming to a close….I found myself really happy and sad at the end.  I won’t spoil the ending (my wife had no idea what happened until she saw the movie), but it’s one of those that has you really sad for the ending and happy to see the conclusion.

I was kind of surprised there wasn’t more clapping and cheering during the movie, but it was still there a bit.  Lots of laughing moments, though….and a BIG cheer for Ron and Hermione’s kiss.

One of our fellow guests thought the movie was good and that a couple minor things from the book should have been added.  I thought it was amazing!  I can’t wait to hear your thoughts!  Please let me know in the comments! 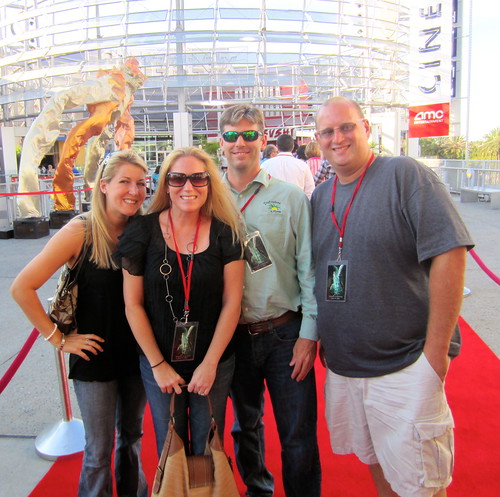 Here’s some video footage we took from the movie premier.  We obviously couldn’t take film inside the theater, but we got just about everything else! 🙂